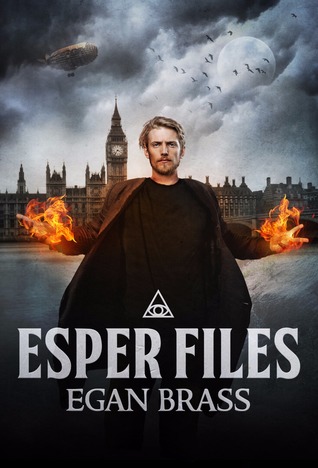 Description: Set in London during the latter part of the 19th century. An experiment goes wrong at The Oxford Academy of Science, giving certain people extraordinary powers which turns them into ‘Espers’. An institute is set up to teach Espers how to control these power, and stop corrupt Espers from abusing theirs. Nathan and James, two agents from the Institute team up with Freya, a young Esper whose brother (gifted with the strange ability to manipulate emotions) is abducted by a ruthless Baron. The group has to fight against a dark threat to protect the fragile peace of Victorian London… And the rest of the world.

Review: It reminds me of some other stories.

Mostly of the X-Men, because of the powers the different characters have and because of a ‘all-knowing’ professor, who teaches humans with special abilities at an institute, where they live as well.

I feel like I’m not the main target audience for this, because the writing style is not one that I enjoy very much and there is a lot of fighting. Seriously, a lot. The plot idea is still interesting and while I had to skim the fighting scenes a little bit, I was interested in all other scenes. I especially liked the banter between Nathan and James (if only James would take a bigger part in this).

Freya is an interesting and promising character, but I’m not too sure about Nathan on his own. He reads very Gary Sue to me. He’s very special – way more special than all other special people – and he can do… anything easily. I would have liked if there would have been more/any character development for him.

If you like a very fast paced action fantasy novel, this is the one for you. If you want to be able to like the characters and feel with them… rather not.

Let me finish this with a little side note: I don’t know a lot about autism, but there is an autistic side character and I don’t know how sensibly done he is. Just a fair warning. I would love to read reviews of Esper Files written by bloggers with autism.