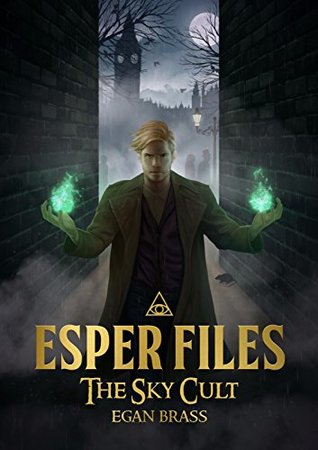 Description: After the events of the first book, Freya has joined the Institute – an organization created to help Espers control their powers, and she thought she’d finally found peace.

That is, until Anti-Esper weapons find their way into the hands of The Coalition, a radical group who is determined to kill anyone with powers.
At the same time, the Sky Cult has arisen, claiming that Espers have the right to rule over lowly humans.
The timing couldn’t be worse, as all of this happens three days before Esper Day, the first holiday designed to show that humans and Espers can coexist.

Now Nathan, Freya and the team have to fight both organizations in a race against time before one of the radical groups tips the scales, and plunges the entire world into their own version of Armageddon.

After reading the second installment I’m really sure I’m not the main target group.

It’s way too much action and not enough character development. But I still read it because I had to know what will happen next. I was especially interested in the Sky Cult and the Coalition and I was not disappointed in that showdown.

But I was disappointed with the characters. I had no chance to get to like them and I felt like (again) it was… inspired… by Marvel. We’ve got an assassin who is really a lot like Deadpool. A lot. I was really disappointed how Freya’s brother seems to be simply forgotten most of the story, too.

I don’t know… maybe it’s too much male power fantasy in this series for my taste?