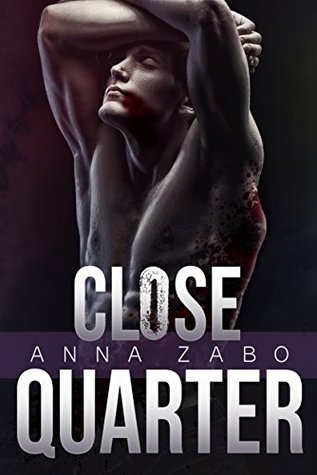 Cover: I don’t know about the pose but the blood fits.

Description: On a transatlantic cruise to New York, sculptor Rhys Matherton struggles to piece his life back together after losing his mother, inheriting a fortune, and finding out his father isn’t his father after all. He spills a tray of drinks on a handsome stranger, then he finds himself up against a wall getting the best hand-job he’s ever had. And for the first time in his life, he feels whole.

Rhys enjoys the company of Silas Quint, but for the eerie way no one pays attention to them even while they kiss in a crowded bar. Silas explains he’s a forest fae able to glamor the room around them—and more importantly, that he’s on the cruise to hunt vampires. Rhys thinks Silas is full of it, until he discovers vampires are real, and he’s part of their main course.

Silas Quint can’t be distracted by a human lover, even one as lovely as Rhys. Stuck in the middle of the ocean, he has barely enough of energy to hunt the vampires he’s been sent to destroy. Rhys is full of the one thing Silas needs needs most—the element of living plants. Only sucking energy from Rhys would make Silas as soulless as the creatures he hunts. How can he keep Rhys safe, without becoming like the very monsters he hunts?

Review: This was my first book by Anna Zabo but it won’t be my last.

I really enjoyed being in the book’s world. Never before have I read about fae hunting vampires but that’s not the only thing that caught my eye. Closer Quarter’s take on vampires is a new one for me and I really liked it.

Sadly Rhys and Silas have a serious case of insta-love. Like really serious. I didn’t enjoy this aspect of the story and since it’s such a big part I had to reflect it in my star rating as well… I did enjoy their sexual encounters though. Especially the way they played with each other. It still didn’t make me understand why they’re ready to sacrifice themselves for the other. Like you’ve known each other a few days tops… calm down!

Coming back to the good things: I liked Vasil and his actions I could understand totally. He is only a side character but whenever he took part in the story it was an important part, so I’m satisfied with it.

Thinking back on this story I must say that I’m surprised. The description says it, but I wasn’t expecting Silas’ reluctance to use Rhys’ energy to be so long-lasting. It felt right though and I really like the kinda philosophical aspect of it.