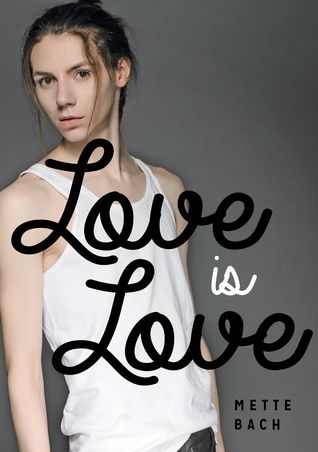 Cover: Only good thing about this book…

Description: Overweight and unhappy at home, Emmy gets sexually involved with a popular classmate so that people will think that she is worth liking. When she realizes that he is just using her, she decides to leave her home in Winnipeg to stay with her uncle’s family in Vancouver. Emmy has always been intimidated by her perfect cousin Paige and Paige’s cool friends, so she is surprised to find that the coolest of them is transgender. Emmy is instantly attracted to Jude (who used to be Judy), and starts hanging out at the coffee shop where he works. She even performs at the poetry slam Jude hosts there.

Emmy is never sure where she stands with Jude, and can’t believe that such a confident, charismatic guy might actually be interested in her. Both her mother back in Winnipeg and Paige warn her away from Jude, saying that he will just use her and she will get hurt. But it’s not until she almost falls again into the trap of casual sex to boost her self-esteem that Emmy realizes it’s worth it to put your true self out there for real love.

Its 176 pages long and we’ve got a character who needs to learn to accept herself, needs to learn to trust her love interest, falls in love with said love interest and then have a lot of drama and resolve everything? How should that be possible? But I wanted to give it a chance. Maybe it could have worked out?

I’ve re read the description… I can’t remember the trap of casual sex? And again? Was there anything in it about casual sex? But let’s start at the beginning.

There is no drama in this book. I was promised drama. I wanted drama. To be honest it is very boring to read and there is not much happening. The things that are happening are way too easy. You will not be surprised that there is insta love in Love is Love.

I’m really sad about this because this book could have been great. There is a trans* male love interest and a fat girl MC. You don’t read about characters like this very often.

But then they get rushed through everything and it’s without any emotion or… anything really. It’s not been that long that I’ve read this but I feel like I can’t remember a thing about it. If it weren’t for my notebook…