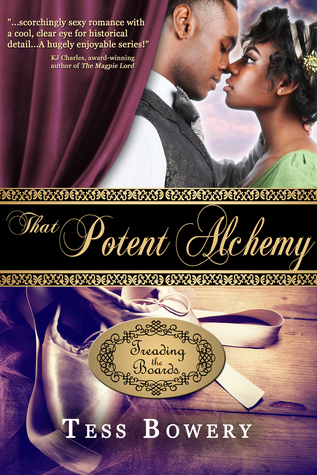 Description: Is his love her safe place to land…or just smoke and mirrors?

Grace Owens danced her feet bloody to become the finest en pointe prodigy of her generation, but the only accolade she longed for—her father’s approval—never came. Finally, broken and defeated, she cut ties and fled to London to live life on her own terms.

Now, after four years as an actress in London’s smaller theatres, a last-minute production change lands her right where she never wanted to be again. Front and center in the ballet—and back in toe shoes.

From his perch on the catwalks, machinist and stagecraft illusionist Isaac Caird can’t take his eyes off Grace. A woman who wears men’s clothing, but not as a disguise. An exquisite beauty who doesn’t keep a lover. A skilled dancer who clearly hates every pirouette.

The perfect lines of her delicate body inspire him to create a new illusion—with her as the centerpiece—that will guarantee sold-out shows. Maybe even attract a royal’s patronage. But first he has to get her to look at him. And convince her the danger is minimal—especially within the circle of his arms.

Featuring a gender-fluid ballet dancer, an amateur chemist who only occasionally starts fires, and an old rivalry that could tear them apart.

Review: I had such high expectations, but they weren’t fullfilled.

Grace is supposed to be genderfluid and is not wearing men’s clothes as a disguise. But most of the time it felt exactly that way. There were some passages of her seeing her face as more masculine on some days, but it wasn’t what I hoped for. Although her being sometimes male had a role in her sexlife.

Speaking of sex life – oh my. Very sexy. I really enjoyed those.

Overall I would have enjoyed the whole book if not for some things. First, Grace didn’t really read as genderfluid. And I was bothered how female (oh sooo female) she felt in Isaac’s male presence. That really got on my nerves, let me tell you. Maybe that’s way I didn’t feel their romance. At all.

Isaac has a brother, who is named Nicolas. Or is his name Colin? One will never know. To be honest, I have forgotten what his actual name is (the other is the one he wants to be called by?), but both are used through this book and it’s very confusing. Stick with one name. It’s okay if a character wants to change their name (but maybe explain why?) but then stick with that name. I don’t even know why that was part of this book. It’s Grace and Isaac’s story…

I think lovers of historical romances will really like That potent alchemy. It’s been too kitschy for me and those points above weren’t helping. I did enjoy the theatre details, though. The setting was very important in this book and interesting.