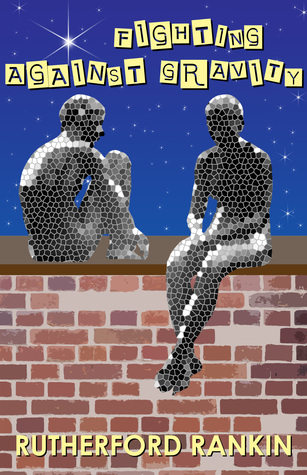 Cover: I’m not too sure what it’s supposed to tell us.

Description: From a young age, Londres Leon feels different from the other boys. He plays with the wrong toys, finds the wrong things appealing, and disappoints his father, a brain injury survivor with a bad temper.

The Leons live in a small community and as Londres grows up, he finds it difficult to fit into the mold small-town society has placed him into. He disappoints his family and friends on a regular basis and his father’s outbursts ensure he never forgets exactly how different he is.

Londres is confused about his identity until he meets a new friend and figures out the truth about who he really is. As life begins to spin out of control, Londres nearly dies at the hands of Dr. Taylor, the director of a treatment camp for teenagers, before Londres and another camp prisoner make a narrow escape together.

Adulthood becomes easier for Londres, but the surprise ending of this story will leave you speechless.

The debut novel from Rutherford Rankin tells a story of struggle, heartache, and tragedy with a surprise ending you have to read to believe.

At first I would have rated this book 2 stars. The story jumps around in time and I was confused why Londres is telling some parts of his childhood to a social worker (it gets explained later though).

Overall details – important details – get glossed over. There are for example bad things happening in that conversion therapy, but Londres doesn’t really suffer from this. Escape from camp, never really think about it again.

Apart from a few sentences about make up and taking hormones, Londres doesn’t work on presenting as female. Like no walking exercises or voice training. Nothing. Okay, well, the breasts have to be operationally changed to a C cup.

A few people were forgotten as well in this story, I think. Londres bff disappears from one moment to the other as well as some relatives who were very supporting.

And a quick question: Are german tents different? Because Londres’ tent is locked. I have gone camping for so many years and I used different tents through the years and not one of them could be locked.

So, I didn’t really get a feel for Londres and I was a little bit bored. But okay, I could work with that.

If that would have been all, I would have given 2 stars, as I said. But then came the ending. (There are spoilers below, but I think it’s so very important for a possible reader to know this, so I am spoilering the ending.)

Londres falls in love with a girl when they are in conversion therapy (she was there for having too much sex, which is never again mentioned by the way). It’s instalove and I never get why she feels that way. But okay, that’s often the case. Moving on.

The girl (I can’t remember her name right now) kinda loves Londres too. But only as a boy. So Londres, who is a trans*woman and who finally has the means to present as a woman, taking hormones and getting a risky operation to have bigger breasts and who finally is happy with her body, stops being a woman! She stops taking hormones, grows a beard and gets another operation to remove her breasts. Jump in time and they are getting married. And probably live happily ever after. Londres does say being in a male body is like fighting against gravity, but come on. We don’t see no struggles and being loved by that woman is worth it (and that’s why so many people in cishet relationships come out as trans*? I don’t think so).

Isn’t that a romantic story? Faking who you are? And the other person knowing this but only ‘loving’ you if you fake it? What the ever lasting fuck? What kind of message is this supposed to send?! You can only be loved if you are cishet?!

Is there a way to give 0 stars? or better yet, minus 5 stars. I’m so angry with this story (as you’re probably noticing).

Disclaimer: I received a free copy from the author in exchange for an honest review. Thank you.