Review: I like it hard by Francis James Franklin 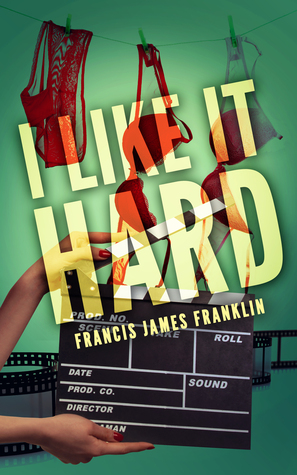 Description: After her brother Dan loses in the final of the XXX-rated Reality TV show I Like It Hard, Helen Arnold finds new purpose in life: enter the show herself—and win.

But no amount of training, or advice from Dan and his lovers, can fully prepare her for naked interviews, two weeks in a porn-studio villa, and weeks of nerve-wracking live sex show—all while dealing with the capricious nature of the judges, who wield absolute power over the show and its contestants.

Being both bisexual and aromantic, Helen is used to dealing with people who don’t like or approve of her—and she’s never been the type to back down when life gets hard.

Review: This novella is about an aromantic bisexual woman. YAY by the way. But why list it under romance? She’s aro… and apart from that there isn’t any romance in this book. Very confusing indeed.

Anyway, I expected something more… explicit. Instead it only hints at most sexual scenes, which would be okay. Only conflicts and things happening are only mostly hinted at, too. It would have worked better as a novel for sure.

I still liked Helen very much and I would have loved to read more about her. Her brother and his poly relationship as well.

Disclaimer: I was given it for free through NetGalley in exchange for an honest review. Thank you.