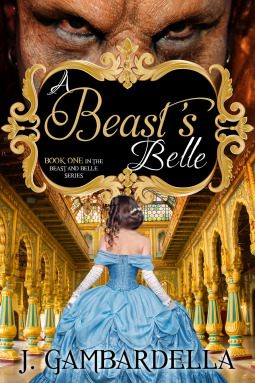 The novel offers a twist on a classic story; Isabel is the daughter of a widowed inventor and tinkerer, but leaves home to join the indentured staff of a manor. Upon arriving, she explores the rigid structure of domestic servitude and discipline in the manor, and eventually grows fascinated with the Master of the house, a feral man with curious proclivities and voracious appetites. Isabel tries to find her way in a new life at the manor, but quickly finds herself bound up with the Master of the house and engrossed in the lifestyle and ritual the manor’s occupants share.

Review: Prepare yourself for a rant.

I want to start with a quote. This quote was part of the (probably) automatically sent email I received after my request to receive this arc on NG was fulfilled.

“If after reading all or part of the book you find the material was very different than you what expected or the genre was not to your liking, the Author would appreciate you not review the book as opposed to posting a review that would not be fair to the Author.”

Like… YOU DO NOT ASK A REVIEWER TO NOT PUBLISH THEIR REVIEW IF IT’S GOING TO BE A “BAD” REVIEWS. Never ever. Nope.
And the wording… like… I expected this ARC to be good, otherwise I would not have requested it. Surprisingly I do not request arcs I hope will be not enjoyable to me. Strange concept, I know. Very strange. But that’s how I roll.

Anyway. Let’s get to the book itself. You may have guessed that I did not like it – dnfing a book is a great indicator for this kind of thing.
First I didn’t enjoy the language. Too many adjectives (I like adjectives, just not… fucking everywhere). And then… the wording. There are some scenes where the mc does something to herself (you know what kind of things I’m talking about) and instead of using ‚her‘ the word ‚the‘ is used. Like she touched the clit and not her clit (not a direct quote, but near enough).

To be fair, there is the possibility that he followed her to the public woods (he harasses her at some point and does probably again. Although I wouldn’t know because I didn’t read any further).

But my point remains.

She tries to have her alone time at a public place and some guy who sees her is the villain. That’s not how you can see things like that.

Summing it up… there wasn’t anything that was enjoyable for me and with the e-mail thing… not a happy experience.