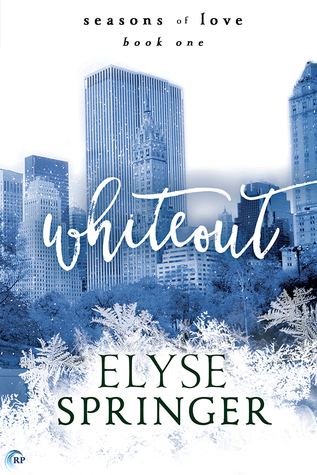 Cover: Sooo beautiful. I had to buy the printed copy because of this cover!

Trigger warnings: Suicide (I’ve got no memory of this but since I wrote this in my notebook… it’s no big part of this story for sure!)

Description: Noah Landers wakes up one day with a headache and no memory of where—or who—he is. Jason, the man taking care of him, tries to fill in some of the blanks: they’re in a cabin in Colorado on vacation, and Noah slipped on ice and hit his head. But even with amnesia, Noah knows Jason is leaving out something important.

Review: Plot twist! would be a great way to sum this one up.

I did not expect this. Not at all. Not saying I expected it to be bad (I wouldn’t have bought it if that were the case), but I wasn’t expected to be that… manipulated. In a good way. You usually know what’s going on in amnesia stories, don’t you? Not in this one. I was so sure and then suddenly everything did a 180 and when I say everything I mean everything. Plot, setting, characters…

I love how this book starts with drama and then the aftermath of said drama develops before the readers’ eyes. Usually you get drama near the end, it’s resolved, end of book. And while I do like reading those things, I didn’t know what I was missing. It was so great to be able to read about Noah’s growth because of said drama – and may I add that this growth is a sure case of showing instead of telling?

To be honest Noah made me think of myself and my life a little. The things I did and did not do… But I feel like I’m (finally) on the right track, so enough about me.

There are little tidbits in this novel that show the author herself. And I love how I can see her in this first published work of hers. It made me wanna go and see way more musicals, too and who can say no to Harry Potter references?

Like I said I loved Noah’s development and I really enjoyed the romance between him and Jason – especially because there is so much focus on them as individuals. It’s Noah and Jason, not Noah-and-Jason. But the character I loved most is Abby. She is only a side character in Whiteout, but she will be getting her own story in Thaw (YAY!). I can’t wait to read her story. An ace librarian? Count me in!

If you’re looking for a slow building and thoughtful romance, go and buy Whiteout. What are you waiting for?