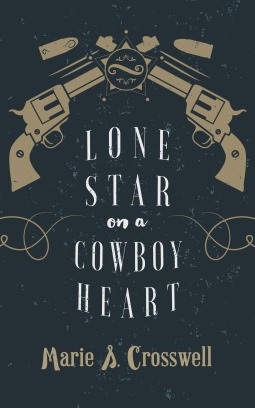 Cover: I love the colour scheme.

Description: Sam, a sheriff’s deputy in a small Arizona town, is off-duty when he finds himself in the middle of a hold-up at a local diner. He makes it out alive only because of Montgomery, who shoots the robber that attempted to kill Sam—but in the fallout, the second robber gets away.

But loneliness is hard, and Montgomery can’t resist the companionship Sam is offering—the companionship he’s always wanted, but could never find. If they’re going to explore it, however, first they’ll have to stop the growing threat of the robber who got away…

Review: I was so excited to get this ARC, because it’s the first aromantic book for me. Sadly it left me disappointed.

Montgomery is aromantic, so of course this book doesn’t contain a romance between the two main characters. Instead it focusses on friendship, which was a nice change. But it didn’t make me feel things (which is sad because friendship is so important).

Okay, I kinda lied. I did have feelings. Negative feelings, mainly annoyance. Sam has a thing with a female character, who he likes because – guess what – she is not like other woman. Which is bad enough on its own, but the reason why is apparently because they have some sort of friends with benefits thing going on. No other woman has ever done something like this before. Sex without love, scandalous. (I’m sorry but this is really bothering me.)

The police in this story is really incapable of… like, anything. Luckily Montgomery, who is not a cop, solves the case.

This story is a western, so of course there are horses. But the way the horses were described made me really uncomfortable. One horse has a masculine face. I felt like the animal was sexualized. Really, a masculine face? Maybe riders talk this way about their horses? So I asked someone who has ridden for her whole life and she felt the same bewilderment as I did.