Review: Gun to my head by Dira Lewis 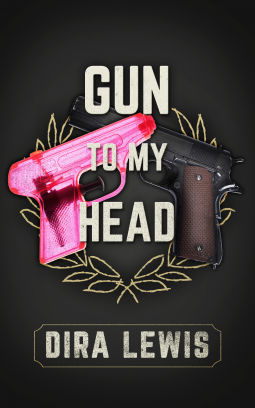 Description: Sin is a vampire at the end of his rope. Having escaped forcible conversion by a vampire cult, he temporarily kills himself and rises again only to immediately imprint on a human: eighteen-year-old Dominic.

Thanks to the cult’s conditioning, Sin can’t bite Dominic, but because of the imprint he also can’t leave him alone. Protecting Dominic from a local vampire named Oriana puts Sin between a rock and a hard place.

With nowhere else to turn he does his best to convince Dominic to like him–but finds himself becoming just as attached to Dominic, which definitely isn’t making his life any easier.

Review: This book is so confusing. I felt like the beginning got deleted, so the middle became the starting point. Sin’s past gets ‘explained’ through brief flashbacks, but each made me feel like I was missing vital info still. So Sin – clichéd much by the way? –  was a big question mark to me.His non english curses and thrown in words annoyed me as well.

Dominic could be a TSTL, because he wasn’t really realistic and rather… well, stupid.

I didn’t feel any connection between them and suddenly they are having sex. And that was when I thought to myself ‘I’m outta here’.

I like the occasional vampire story and I like it even more if it isn’t the same old, but here I didn’t even understand if it is known that there are vampire out there. I think it’s unknown, but Dominic was like ‘oh he’s a vampire, cool’, so… just nope. This is not my story.