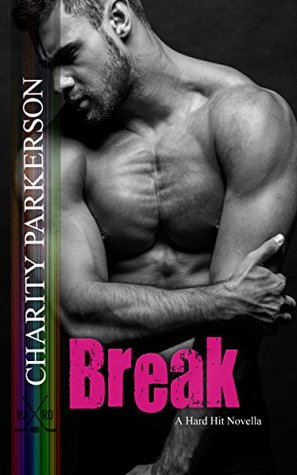 Cover: It looks strange and reminds me a little of the Hulk?

Description: Noah’s career means everything to him. That is, until he loses his true everything.

Noah has been in love with his best friend, Troy, for as far back as he can remember. There is no one else he can picture spending his life with. After signing a contract with the Blue Fires, Noah heads to New Orleans, ready to start his new life as a pro hockey player. With the career he’s always dreamed of having in his hands and the man he’s always loved in his bed, Noah thinks everything is golden.

But nothing could prepare Noah for how being the star player would change his life. Each time he finds a reporter’s mic underneath his nose, Noah can’t stop himself from pushing Troy farther away, making Troy the dirty secret. That is, until the day Troy has had enough.

With Troy gone, Noah can’t find his footing, but neither does he have the words to fix the things he’s broken. No matter how many times Noah picks up the phone, fear stops him from saying all the words he’s avoided. Until a single call and a tragic accident changes everything.

“He arrived at St. Luke’s Medical Center… Labels no longer counted. Opinions were out the window. Nothing mattered any longer.”

Hurt, anger, and bitterness have Noah throwing back the curtain, showing the world his every secret. But is it too little too late?
Review: I’m not the first one to call this a bad soap opera and I won’t be the last one. I know you usually don’t get the perfect character development in a novella, but… this one has none. I didn’t feel any chemistry between Noah and Troy, I didn’t get why they’re best friends… I didn’t get anything somehow?

It’s supposed to be super dramatic with an accident and everything but… Just nope. The bad things were brushed aside, which didn’t make any sense. I was very bored and slightly annoyed while reading because it could have been good.

Disclaimer: I was given a free copy through NetGalley in exchange for an honest review. Thank you.