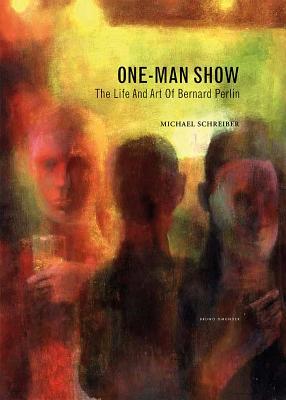 Description: Bernard Perlin was an extraordinary figure in 20th Century American art and gay cultural history, an acclaimed artist and sexual renegade who reveled in pushing social, political, and artistic boundaries. His work regularly appeared in popular magazines of the 1940s, 50s, and 60s; was collected by Rockefellers, Whitneys, and Astors; and was acquired by major museums, including the Smithsonian, the Museum of Modern Art, and the Tate Modern. He moved in the upper echelons of New York gay society, counting among his most intimate companions George Platt Lynes, Lincoln Kirstein, Glenway Wescott, Paul Cadmus, Jared French, George Tooker. In “One-Man Show,” Michael Schreiber chronicles the storied life, illustrious friends and lovers, and astounding escapades of Bernard Perlin through no holds barred interviews with the artist, candid excerpts from Perlin’s unpublished memoirs, never-before-seen photos, and an extensive selection of Bernard Perlin’s incredible public and private art.

Review: I have never heard of Bernard Perlin before, so I was glad to get the chance to learn about his life.

First of all I know next to nothing about art. I can say whether I like it or not, but that’s it. I think that is why I couldn’t lose myself in this book – I lack the basics. So the beginning (which consists of different people telling facts about Bernard Perlin and his art were a little bit confusing and to be honest boring).

But then this biography really starts and I had fun reading it. I liked how it is rather a dialogue then some guy writing about another guy. It felt like I was really getting to Bernard Perlin. Especially because there are photographs ‘everywhere’. You know how you sometimes talk to your grandparents and while they’re telling you something they get out their old photo album? This book’s kinda the same.

(While reading I somehow tapped on a picture of his art and… did you know you can zoom in with your kindle?! Probably you did, but that was an eye opener to me, let me tell you.)

Sadly sometimes the sentences were all over the place. Now I don’t know if my kindle had trouble with the format, but it sure got confusing sometimes.

It is a great book – if you are interested in art. My uncle would have loved this, I’m sure.
Disclaimer: I received a free copy through the author in exchange for an honest review. Thank you.