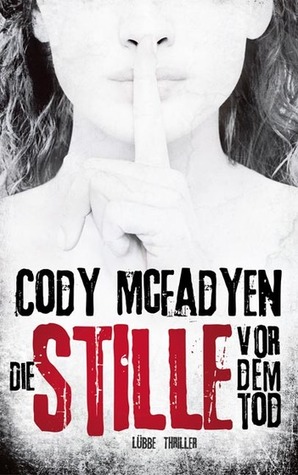 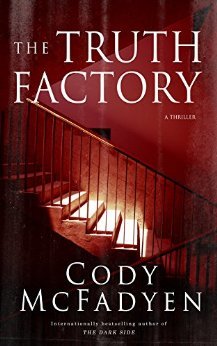 Cover: I like the german one way more than the american.

Trigger warnings: Nothing unusal for a psychothriller.

(english) As THE TRUTH FACTORY opens, Smoky is pregnant and happily remarried. She and her team have just been summoned to a baffling scene in Denver: In a suburban cul de sac, two seemingly happy families have been slaughtered and carefully displayed. This leads Smoky into an enormous underground bunker and a plot that threads through the entire community. And then…well, this is a crime that will grip the world.

Review: I’ve got mixed feelings about this one.

I have waited years for the next Smoky Barrett. During this time there was talk about it never getting published because of Cody McFadyen’s illness (which is totally understandable and I really hoped for his health coming back. But then came the news of it getting published and I was so very, very happy. After reading it, I’m not that happy anymore. But let me explain.

The first third is so fucking good! McFadyen at his best. So gruesome and shocking and so very believable. Seriously, I wouldn’t be surprised if something like that would be real somewhere.

But then came the second third and… gosh, was I bored. The villain laments on and on and on (you get the picture). There is nothing really happening.

The third third finally shows the investigation. But this time it was rather boring as well. Everything came together too smoothly and it was no surprise who they were hunting. Nearly the same thing has happened in a different Smoky Barrett novel.

So much to the story. I could have worked with that and it’s not a bad book. If it were not by McFadyen I would have been happy with it. But comparing it to his other works I find it lacking.

The thing I didn’t really understand was Smoky herself. She was such a tough agent but here she is rather a damsel in distress. Which would be okay if there were a reason for this or a development to this. But she starts this way out right from the beginning of the fifth book. I was a little bit sad about this.

I’m still waiting patiently for the sixth novel, because this ends with a small cliffhanger and I’m really curious about what’s happening next and why it’s happening. I’m still seeing Cody McFadyen as one of my favourite thriller authors, but I’m really hoping his next works will be like the first four Smoky Barrett novels.