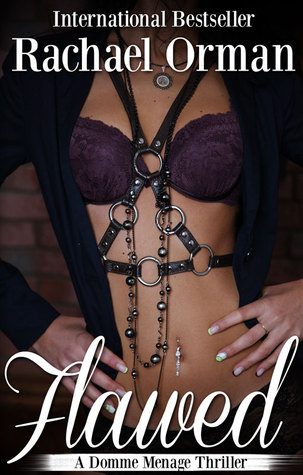 Trigger warnings: none so far

Description: Julia is a domme for hire. Paid to spank and dominate men, she loves what she does during the summer months. However, she is also a submissive for her husband.

Garrison is content being married to Julia even though he is a bisexual. That is, until he realizes the man he has the hots for is interested in him. Too bad his job as a detective has him busy dealing with a serial murder case. Good thing, the sexy lawyer is also on the case and it gives him a reason to see him.

Keaton might be a shark in the courtroom, winning almost every single case he tries, but he is submissive in the bedroom. It’s hard to balance his work life with his private life and finding someone that can handle both aspects of his personality.

When they realize they all know each other and there is desire between the three of them, things get hot. But, can three really make a relationship instead of two?

The serial murderer isn’t going to wait for them to figure out their situation. He is on the hunt for dommes and isn’t leaving much behind for the police to use to find him.

Review: I vented a little on twitter about this novel, that should tell you enough. But because I don’t want to make you search through my twitter to learn what exactly made me dnf, I’ll state it here as well (well, of course I do).

First thing I noticed was the writing. Missing words, typos and on one occasion the two main male characters were mixed up. But I would have struggled through, even if I had to stay very focused on reading and read some sentences more than one. (Seriously, this has to be edited sooo much.)

And then came that one scene when I thought to myself “fuck this”.

The man had gotten up balls to hit on me, which was surprising if he was submissive. However, if he truly was submissive, the fact that he’d gone against his nature for me was that much more attractive. ~kindle pos. 376

Because submissives always wait to be hit on and they can’t possible do it themselves. It’s not in their nature. Sure.