Review: How not to summon your true love by Sasha L. Miller 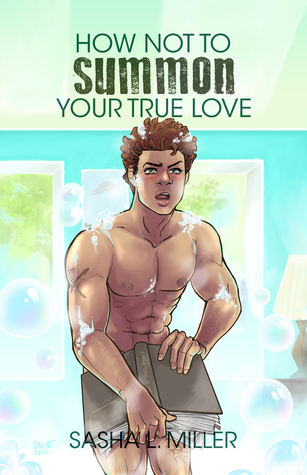 Cover: Reminds me of a comic. But not a good one…

Description: Though it doesn’t really come as a surprise, Cy is still crushed when he’s dumped. His relationship with Alex had lasted longer than all previous attempts, and started promising when Alex had proclaimed he was perfectly okay with Cy being asexual.

On impulse, convinced no one will ever really see him as worthy relationship material, Cy turns to a book that belonged to his late mother, a grimoire of magic spells that obviously won’t work. It’s a stupid idea, and even if magic was real there’s no way a true love summoning spell would work for him.

Review: Asexual magician? I couldn’t resist! And I don’t regret not resisting. Well, maybe a little. But only because this is a novella and I really, really want a series made out of it. There are some things I’d really like to know more about – the whole magic thing for example and I really want to read more about Cy and Dig’s relationship.

It’s a rather funny, easy read, but not boring, even though it’s mostly about a car journey. The characters develop nicely (great’s just not possible with a few pages) and are realistic. Seriously, Cy’s reaction to summoning Dig was totally understandable and funny.

I remain with my demand for a series.

Tagged as: asexuality, book review, do read, fantasy, how not to summon your true love, lgbt, rating: 4, sasha L. miller