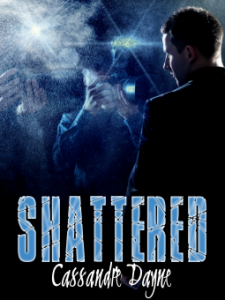 When there’s nowhere to run, no way to hide…

Hiding. That’s exactly what movie star Hunter Reynolds has been doing his entire life, preferring to wear a mask made because of his perfected image. An action star, he’s Hollywood’s most eligible bachelor and a real ladies’ man, but prefers the company of men. If discovered, the scandal will end his illustrious career. Unfortunately he has enemies who will stop at nothing to expose him for the man he truly is. While he adores Taylor, his live-in lover and best friend, they aren’t in love and Hunter refuses to be seen in public with him. When Hunter is brutally attacked, he’s uncertain he will ever work in Hollywood again. Sadly, his doctors may be unable to repair the damage. Angry and bitter, Hunter pushes everyone out of his life, including Taylor. Hunter is merely the latest victim in a series of horrific crimes targeting gay entertainers.

MacGyver Donovich is a reporter for the LA Herald, who has written stories on each of the victims, and is anxious to talk with Hunter. From the moment he meets the rough-hewn man who exudes sexuality along with a choking self-loathing, MacGyver is fascinated and a strained friendship develops. Determined to get to the bottom of the attacks, Mac pens a series of edgy columns in an attempt to egg on the perpetrator.

Entering into a pact to hunt down the person responsible, both Mac and Hunter realize it’s only a matter of time before the assailant strikes again. As they grow closer given their respective haunted pasts, a series of new threats are issued and both men are forced to confront their demons. As the race to find the perpetrator ensues, Mac and Hunter finally discover what they’d been missing in life—love. But is it simply too late?

Secrets and lies and whispers of the past…

Review Sadly I wasn’t able to loose myself in the story at all. I didn’t get a feel for any of the characters, I know that Hunter was supposed to be a tortured soul and Mac maybe, too? But again I didn’t feel it. The relationships didn’t do it for me either.

The writing style was somewhat strange at times, the ‘sound effects’ for example. Usually you read them in context. Here they are their own sentence. When Hunter’s being attacked it goes like this: “Slam! Whoosh! Pop!”

The mystery/thriller part containing the gay bashing crimes fell short. This was the thing I was most interested in in this story so I was disappointed.

I got this book as an ARC via NetGalley in exchange for a honest review. Thank you.